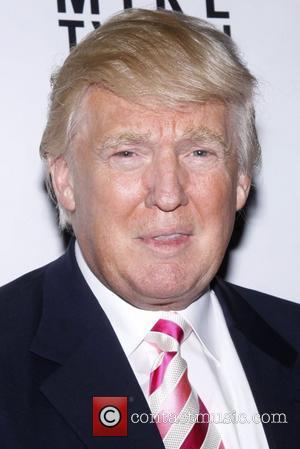 Donald Trump has reportedly been in contact with former Poison front man and reality star BRET MICHAELS, expressing his desire for the 80's rocker to join him and the rest of the celebrity trialists on the upcoming series of Celebrity Apprentice: All Stars.
Michaels, who was the winner of the third series of Celebrity Apprentice, has apparently been approached by Trump's representatives to appear on the all-star show and although he has yet to confirm anything, a representative for Michaels has said that he is very much contemplating a return to the show, TMZ have reported.
Rumours have also been rife that the 'Every Rose Has It's Thorn' singer was already set to commit himself to reality TV again by filming a new series of Rock of Love, however this talk has been extinguished by his representatives. The singer was touted to return to the VH1 reality show after his engagement with on-again off-again lover of 16-years Kristi Gibson broke down last month.
Again, a rep for Michaels was on had to play down any speculation, stating the forlorn star "is hurting over the separation and the last thing he is thinking about is doing a dating show."
Gibson is the mother to Michael's two children, Raine Elizabeth Sychak, 12, and Jorja Bleu Sychak, 7.