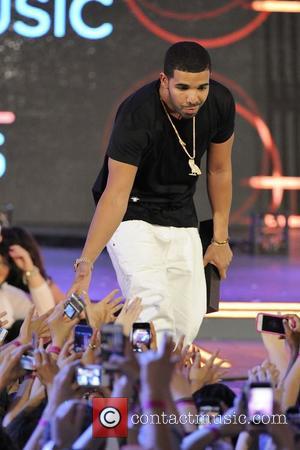 There'll soon be a rap/R&B mixed with contemporary R&B chemistry being mixed up on the road later this year, as Canada's Drake will be heading on tour with Miguel for a forty one city run through North America. The two will hit the road this fall, making the Rose Garden Arena in Portland, Oregon their first stop on September 25 (full list after the story). Drake announced his plans to go on the extensive tour of North America on Monday (June 17), unveiling the cheeky 'Would You Like a Tour?' banner name and detailing each of the 40+ stops, as well as telling fans of the extra treat on offer when the two stop by Las Vegas, as rapper Future will also be making an appearance.

Drake is running the tour in tandem with the release of Nothing, his upcoming album that has already spawned the tracks 'Started From the Bottom,' '5AM in Toronto' and 'Girls Love Beyoncé.' Before he get on the road though, Drizzy has to work on his stage work first and the fourth annual OVO Fest in his native Toronto should provide the perfect platform for that. The head of OVO will be bringing acts such as Frank Ocean, James Blake and a host of 'special guests' for the two day festival at Molson Canadian Amphitheatre on August 4-5.