Ed Sheeran is ''scared'' to use fake tan in case he looks patchy and peculiar. 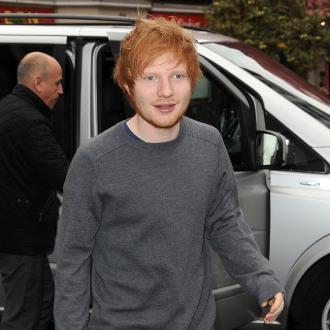 Ed Sheeran is too scared to tan.

The 'Sing' hitmaker is known for his pale complexion and admits he isn't tempted to give himself a bronze glow because he thinks it'd make him look peculiar.

He said: ''I've never worn fake tan. The patchy thing scares me and I have been pale for so long that people would notice if one day I turned up all bronzed.''

Ed, 23, even avoids travelling to exotic countries because of the effect the searing sun would have on his skin.

He added: ''I get burnt and I don't like feeling clammy and sweaty, which happens. I get stressed and I would rather be too cold than too hot because I find it so uncomfortable. Find a hot country with cool shade and I'm there!''

Ed may be worth millions but he recently revealed he buys his underwear from budget store Primark.

He said: ''On a day off I'll just watch films and eat chocolate in my underwear.''

When asked what brand of briefs he's partial to, the 'Don't' hitmaker replied: ''Primark. No one sees them, they're only meant to keep your junk in.''

Despite his low-key appearance, Ed - who counts Taylor Swift, Courteney Cox and Pharrell Williams among his closest friends - admitted he has been enjoying the high life since breaking America.