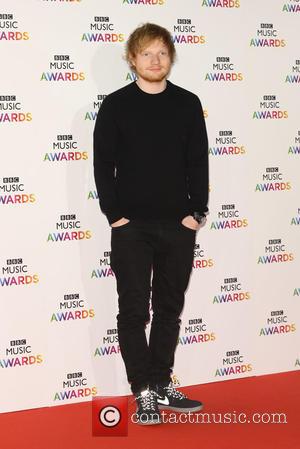 Picture: Ed Sheeran - Shots of a host of stars from the music industry as they arrive for the inaugural BBC Music Awards 2014 which were...

A host of celebrities including Ed Sheeran, Bob Geldof and Nile Rodgers have teamed up to help a British man propose to his girlfriend of 12 years.

In the footage, Geldof jokes, "Sophie, we're over, there is no use waiting for me, just go to Jim, just marry him and just forget about us," while Sheeran implores them to start a family straight away, saying, "Marry him. Have lots and lots of unprotected sex... Get knocked up have a bunch of kids."

Other stars who filmed clips for the proposal include Chic legend Rodgers, Cee Lo Green, Irish singer Ronan Keating and actor David Hasselhoff, who had to be cut from the final edit because of audio problems.