By Contributor in Lifestyle / Showbiz on 18 April 2013

He was an unlikely ladies man (or at least, Stifler’s mom seemed to be pretty into him) in the American Pie films, but in real life Eddie Kaye Thomas – who played Paul Finch in the movies – has found that being a hit with them in real life has its downsides – namely one of his admirers might start wielding a knife and barricading themselves inside his house.

According to The Los Angeles Times, an LAPD SWAT team has surrounded the Hollywood Hills home of the actor after such an incident occurred on Wednesday afternoon (April 17, 2013). Apparently the unidentified woman spent the night at the home, according to LAPD Andrew Neiman. In the morning she was reportedly asked to leave, which is when things apparently got dicey, with the woman refusing and subsequently pulling a knife, going on to destroy property at the residence. The SWAT team have been at the house since, and are urging the woman to surrender.

The latest from The Sun is that police eventually started firing flash grenades and tear gas into the home, eventually managing to break into and consequently arrest the woman. Thomas had left the house in order to call the officials and the resolution to the incident took some six hours.

By Rich Cline
Very Good
A warm, squishy centre makes this smutty comedy surprisingly endearing as it bounces from one random set piece to another, by way of a series of outrageous cameos. The sex, drugs and violence get a bit tiring, but the amusing writing and acting keep us laughing.

It's been six years since best friends Harold Lee and Kumar Patel escaped from Guantanamo Bay. In that time, Harold has a high paying job and is concentrating on starting a family with his wife Maria, while Kumar has dropped out of medical school due to a failed drugs test and been dumped Vanessa, all while still living in the same apartment.

By Frank Ochieng
OK
Writer-director Pete Jones serves up a nostalgic slice-of-life in his examination of friendship and faith in the winsome but saccharine Project Greenlight winner Stolen Summer. Jones, the budding filmmaker whose chosen screenplay would emerge victorious among hundreds of competitors, delivers a film that has atmosphere and heart but ultimately ends up as just another anemic, personal story with well-meaning sentiment. There is much being made about the behind-the-scene politics of nurturing Jones's winning pet project through the Project Greenlight campaign, as well as his movie being the subject of a hit HBO documentary series. Sadly, this all feels like some publicity stunt more than it does a legitimate process in discovering talented artists.

There is a key to good'n'stupid lowbrow comedy that few lowbrow moviemakers understand, and it is this: If you have a thin but serviceable premise upon which to build cheap, vulgar, tasteless, but side-splitting dumb gags, don't slap together some insipid story clogged with clichés to prop it up -- just run with what you've got.

Don't turn your movie into Adam Sandler or Rob Schneider fodder, full of insulting attempts to make audiences genuinely feel for your imbecile heroes and wishy-washy life lessons for your stock characters to learn in the last act. Don't be an "American Pie" and backpedal on your vulgarity at the last minute with a hypocritical-apology "happy" ending.

Instead, be proudly, shamelessly, flippantly stupid, like "Harold and Kumar Go to White Castle," in which two recent-grad, odd-couple roommates don't discover anything about themselves, they never see any "bigger picture," and they don't grow up at all. They just get stoned out of their gourds on a Friday night, develop the munchies for those famous square hamburgers from the titular eastern-U.S. fast food joint, and spend the rest of the picture having preposterous misadventures while driving all over New Jersey hunting for the nearest franchise location. 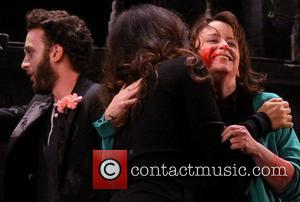