Actor Edward Norton Teamed Up With U2 To Help Make A Teenage Cancer Sufferer's Dreams Come True Last Week (Ends07jun15) By Treating The Youngster And Her Family To Vip Tickets To The Rockers' Show In Denver, Colorado. 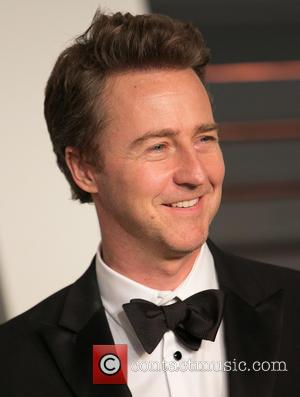 Meridith Lawton's daughter, Lizzy, has been battling rare bone cancer Ewing's Sarcoma since 2010, and she had twice been told her disease was in remission.

However, a new tumour was recently discovered in her brain and she is currently undergoing her third round of chemotherapy treatment.

Lawton wanted to treat her daughter and the rest of her family to a special night out to see U2 in concert, but after realising how expensive tickets were, she gave up on the plan.

The trainer made a joke about the high cost during a gym class and one of her students, mother-of-three Tricia Canonico, decided to take action and launched a fundraising campaign on CrowdRise.com to cover the costs of the gig.

She raised just under $4,700 (£2,938) for the cause, but when CrowdRise.com co-founder Norton heard of the Lawton family's story, he decided to do his bit to help out.

The Fight Club star reached out to U2 frontman Bono and concert promoters at Live Nation and managed to get them to upgrade the Lawtons' seats, while they were also given backstage passes so they could meet the band, too.

He even organised luxury transportation for the family.

Lawton tells People.com, "When we got into the limo, there were gift bags, and one of them had an iPod in it for Lizzy. She was over the moon about the iPod - then we found out we got to go backstage!"

She adds of meeting U2, "Bono kneeled down and kissed Lizzy's hand. I don't really know if you can call a rock star a sweetie pie, but that's what he was...

"A lot of people just walk by because they don't know what to say and they're uncomfortable with dealing. These guys weren't uncomfortable. In the back room, they weren't even celebrities, they were just sweet, kind human beings being sweet and kind to other human beings."