Ellen Degeneres returns as Dory for the Finding Nemo sequel, but this time, the focus is very much on her. 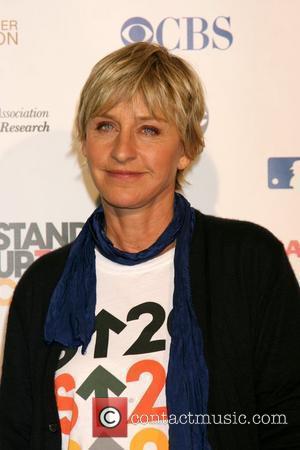 Dory - the little blue fish voiced by talk show host Ellen Degeneres - will be the focus of the Finding Nemo sequel Finding Dory, announced by Pixar this week. The follow-up to the 2003 Oscar winner will be directed by original Nemo filmmaker Andrew Stanton and is set for release on November 25, 2015.

"I have waited for this day for a long, long, long, long, long, long time," DeGeneres said in a press release. "I'm not mad it took this long. I know the people at Pixar were busy creating Toy Story 16. But the time they took was worth it. The script is fantastic. And it has everything I loved about the first one: It's got a lot of heart, it's really funny, and the best part is - it's got a lot more Dory." Pixar - who have worked long and hard to prepare the Nemo sequel - say the film is "set in part along the California coastline" and will feature returning favorites, however it also "welcomes a host of new characters, including a few who will prove to be a very important part of Dory's life."

It marks the latest sequel/prequel in Pixar's oeuvre, along with the Toy Story movies, Cars and the forthcoming Monster's Inc prequel Monster's University, set for release this summer. Elsewhere, the Disney-owned company has a follow-up to Oscar-winner Brave on the horizon, as well as The Good Dinosaur, directed by Bob Petersen, a new project helmed by Up's Peter Doctor and an untitled movie about the Day of the Dead, directed by Nemo co-helmer Lee Unkrich, according to the Hollywood Reporter.