Ellie Goulding and Niall Horan spent ''most of the night together'' and were seen having an ''intimate chat'' at the launch of David Beckham's H&M swimwear collection in London on Wednesday night (14.05.14). 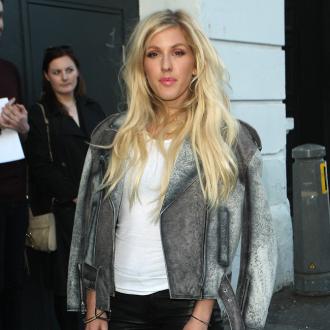 Ellie Goulding and Niall Horan spent ''most of the night together'' at the launch of David Beckham's H&M swimwear collection earlier this week.

The 'Burn' hitmaker and the One Direction hunk - who were believed to have had a 27-day romance before they split in September 2013 - were spotted having an ''intimate chat'' at London's Shoreditch House on Wednesday night (14.05.14).

A source told The Sun newspaper: ''Niall and Ellie were together for most of the night, laughing and joking on the sofas. At times they seemed to be having a serious chat and were whispering.

The pair were first seen getting close at Virgin Media's V Festival in the UK last August and Ellie later refused to open up about their then-blossoming romance.

She previously insisted: ''I just can't talk about Niall. I won't ever talk about my love life any more because it's always then gone wrong when I have in the past.''

Meanwhile, the 27-year-old star has reportedly been seeing fitness guru Sam Karl, a teacher at Barry's Bootcamp in Miami Beach.

The British singer was spotted enjoying a date with Sam on a luxury yacht owned by none other than Justin Bieber last week, according to a US paper.