Ellie Goulding loves being single and says not having a boyfriend has taught her to ''focus'' on herself. 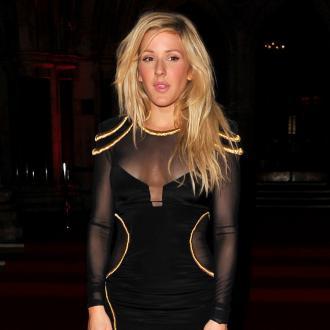 The 'Burn' singer dated BBC Radio 1 DJ Greg James and has been romantically linked to Ed Sheeran and One Direction's Niall Horan, but insists she is currently unattached and very happy with her dating status.

She said: ''I am so single now - I am single and I am loving it. I can't imagine being in that place now.

''Being alone I've realised a lot of things about myself and who I am. In the last six months I've completely changed - being single has taught me that I have to focus on myself.

''But I have a team of people around me who would slap me down the second I turned into a k**b or started acting like a diva.''

Ellie, 26, also says any potential romance with Ed - who she was photographed holding hands with at the MTV Video Music Awards earlier this year - was snuffed out by the scrutiny their relationship was placed under.

In an interview with The Sun newspaper, she explained: ''Let's get this straight - I think Ed is a really wonderful person and I love him as an artist. We were definitely very close at one point. And we're not close now but we certainly are friends now ... We were hanging out and having a nice time but it was put into the spotlight so drastically.

''That amount of scrutiny freaked me out. But I don't regret holding his hand at all because we were really close.''