Ellie Goulding claims most men see her as ''wife material'' and want to marry her almost immediately after falling for her, an unusual problem that is the reason she is single. 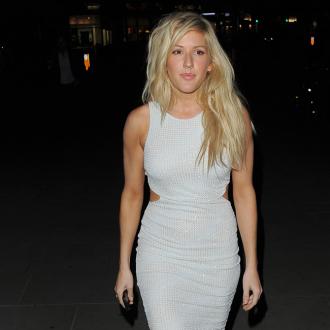 The 26-year-old pop star claims guys fall for her and want to skip the dating part and marry her straight away, which is the reason why she is currently single.

Speaking in the February issue of Britain's Marie Claire magazine, she said: ''People seem to think I'm more wife material than girlfriend material. That's probably why I'm single! People want to marry me - and nothing before it.''

Ellie - who has dated BBC Radio 1 DJ Greg James and has been romantically linked to One Direction's Niall Horan - does want to get married in the future but at present she's happy to be on her own.

She added: ''Well, it might be nice to have a wedding one day, mightn't it? I quite like being by myself. What's wrong with that?''

The 'Goodness Gracious' singer performed at the wedding reception of Prince William and Duchess Catherine in April 2011 and admits it was an honour to play at their reception.

Ellie revealed: ''In the weeks before, everyone I know was talking about the wedding, and I was sat, like, trying not to say anything. I kept it to myself for so long - but no one would have believed me anyway. I talked to William and Kate quite a bit. They're just a really awesome couple, lovely people, so I understand why people are fascinated by them. It was a really beautiful night - but then, I haven't been to many weddings.''

Ellie also hinted she isn't quite as squeaky clean as she is portrayed and has done a lot of stupid things after one too many alcoholic beverages.

Speaking about her good girl reputation, she said: ''People might think I am (innocent) but I'm not. I've been quite clever about what gets in the press but I've done some stupid things, some reckless things. A few too many drinks have caused a lot of things to happen.''