Emma Watson To Star In Beauty And The Beast? 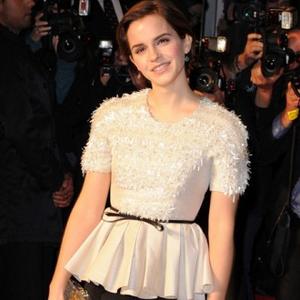 Emma Watson is in talks to star in 'Beauty and the Beast'.

The 'Harry Potter' actress - who played Hermione Granger in the fantasy series - is reportedly in the final stages of negotiations to appear in Guillermo Del Toro's remake of classic fairytale, Variety reports.

Emma is being talked about for the role of Belle, who gets trapped in the palace of a former prince who has been turned into a monster by a curse.

The Script for the project - which is expected to be released in 2014 - is set to be penned by 'Bridget Jones' Diary' screenplay co-writer Andrew Davies, with Denise DiNovi in line to direct.

The 21-year-old beauty was recently linked to 'Your Voice in My Head' - which tells the story of a young woman who tries to kill herself before being saved by a psychiatrist who is dying - which would see her team up again with 'Harry Potter' director David Yates.

Warner Bros is reportedly interested in getting Emma involved in the motion picture, while Tom Hanks and George Clooney have been talked about to play the role of the medical professional.