Emma Watson considered giving up acting for good after a university professor advised her to quit performing. 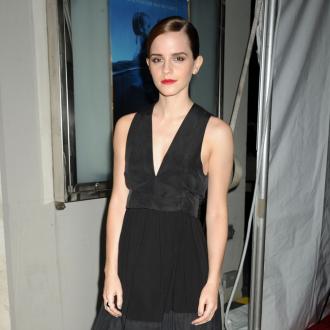 Emma Watson was advised to quit acting by her university professor.

The 23-year-old star - who shot to fame playing Hermione Granger in the 'Harry Potter' franchise when she was just nine - admits she almost considered ditching her career as an actress on the advice of one of her tutors.

Speaking to Entertainment Weekly magazine, she said: ''For a while I kind of bought into the hype of, 'Will they ever be able to play anything else?' It gave me a sense of paralysis and stage fright for a while. And then a professor told me that they didn't think I should act, either.

''So I was really grappling with it and wasn't feeling good about it. And then, I don't know ... it got so bad and people had put me in a box so much that it started p***ing me off. I suddenly wanted to prove them wrong. It gave me fuel, in a way. I'm not sure why that shift happened.''

The brunette beauty credits the script of her 2013 movie 'The Perks of Being a Wallflower' for encouraging her to step back into the film industry and assuring her there were roles to challenge her after 'Harry Potter'.

She explained: ''I was really unsure, but then I read the script for 'The Perks of Being a Wallflower', and falling in love with that and then having such a great experience on that movie kind of sealed the deal for me.

''I stopped intellectualising it, and it became much more instinctual. I just got the bug and got very driven all of a sudden, which I really wasn't before. But I'm so happy. It's all felt very new to me, really.''