British Rapper Example Knew He Had To Change Music Styles After His Own Mother Branded His Most Recent Album "S**T". 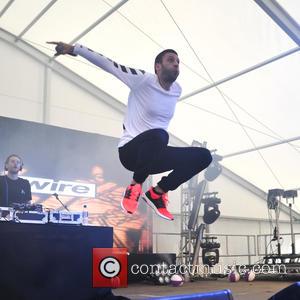 The Stay Awake hitmaker's 2014 record Live Life Living charted at a disappointing number eight in his native U.K. and received a mixed reception from fans and critics as it contained pared back rapping and dance-influenced, experimental tracks.

The hip-hop star, real name Elliot Gleave, soon realised the album was not up to scratch, but it was the damning verdict from his own mum that forced him to re-think the creative path he was taking.

He tells Q magazine, "After the last one came out I thought, 'Right, what's going on here? Why didn't this one do well?' I listened through it and realised there was none of me on there. I should, at some point, have had six months off to analyse where I was going. But I didn't...

"Now I've realised what I want to do. My mum says that the new music sounds like the most Exampley stuff I've ever done. 'Exampley' - that's the word she used... She doesn't play (Live Life Living) at all. She's got very cocky over the years. To start with she was helpful, even if she thought my music was s**t. A few Number Ones later, she'll tell me if it's s**t."