British Rapper Example Swapped Music For Acting Because He Was Bored. 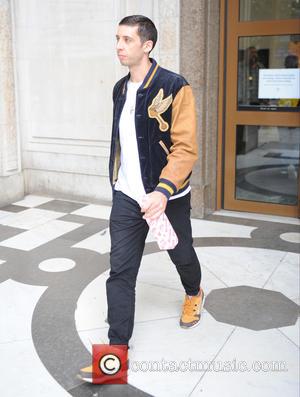 The hip-hop star, real name Elliot Gleave, makes his film debut in new drama Between Two Worlds, which tells the story of a heartbroken writer, played by Chris Mason, who is struggling to move on from his lost love.

Example plays a city trader who is friends with the lead character, and he admits acting in the movie was an interesting new challenge.

"Doing music had almost become boring for me," he tells the London Evening Standard newspaper. "I used to get excited, but after my sixth album and thousands of gigs, I needed a new injection...

"In music I had worked so hard. I had almost pushed myself to the brink. I was doing my gigs almost on autopilot. I needed to challenge my mind again."

Example is determined to continue with his new-found acting career and hopes to make several films a year going forward.

"My plan is to do two films a year for the next few years," he adds. "I don't expect to set the world on fire with my performance, but I just want people to see that I can hold my own."

The rapper adds of Between Two Worlds, which is released in the U.K. on 23 October (15), "What I liked about this is that there is no violence. I play a young investment banker who is a bit misogynistic. Maybe I was channelling my younger self."