Fifth Harmony Singer Lauren Jauregui Received An Onslaught Of Hate On Social Media After She Was Photographed Leaving A Nightclub With One Direction Star Louis Tomlinson. 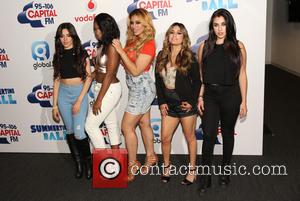 The pop pair, whose bands were both founded by music mogul Simon Cowell, were pictured leaving a London hot spot together last month (May15).

Jauregui is adamant the pictures were innocent, insisting Tomlinson was merely helping her get home, but she was subsequently subjected to vile online abuse.

She tells Britain's The Sun newspaper, "My phone died and I had no way of getting home so Louis said, 'Jump in a car with me.' We got to know each other that night, it was the first time we really hung out. And he was nice enough to take me back... The amount of hate I got for that picture... I got a slew of things like, 'You're a s**t, you're ugly, you're fat'... I won't allow people who have no idea what's going on to dictate situations. I know all the people that say that are little girls behind a screen who are jealous of the fact that I'm in a car with Louis. It's clearly coming from a place of hatred."

Fifth Harmony were recently unveiled as ambassadors for The Cybersmile Foundation, an organisation dedicated to eradicating online abuse.