FKA Twigs hates being described as ''quirky'' and always felt ''uncomfortable'' as a backing dancer. 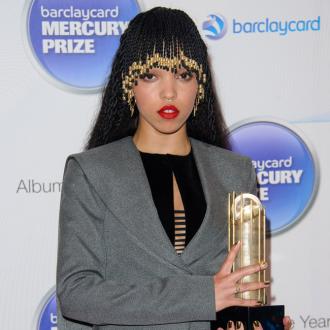 FKA Twigs will ''throw up on herself'' if she is described as ''quirky'' again.

The 'Two Weeks' singer - who is dating Robert Pattinson - felt ''sucked dry'' when she worked as a backing dancer for the likes of Jessie J and Kylie Minogue because she was hired for her unconventional appearance and no longer wants to be made to feel ''uncomfortable''.

She said: ''I was the 'quirky and androgynous' girl. If anyone says I'm quirky ever again, I'll throw up on myself.

''I guess I just felt really disconnected from myself. You're making someone else's dream happen by selling yourself and them boxing you into the 'alternative kooky dancer' role. You just feel a bit sucked dry.

''I think that's why I'm so determined in what I'm doing. It's why I'll never be made to feel uncomfortable again. I spent so many years feeling uncomfortable, but at the same time, I earned a lot.''

The 'Video Girl' hitmaker also admitted to feeling ''frustrated'' at being described as an R'n'B artist.

She told Q magazine: ''I started singing in punk bands and through my teens I barely listened to any R'n'B music. I just listened to 80s punk and electronic music.

''So I'm pinned to a genre I feel pretty ignorant about and that's frustrating.

''I've been working on some new music and I've found a way of basically making my own punk music which fits my voice.''