The 'Saint Cecilia EP’ is now available for free on the band’s website.

Foo Fighters have released a new, free EP overnight, to the surprise of their fans. The Saint Cecilia EP is available for free now on the band's website and features five new tracks. The band have dedicated the release to ‘all who were affected by the atrocities in Paris’. 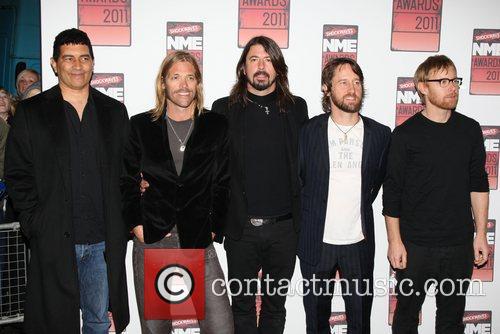 In a letter posted by Dave Grohl on the band’s website the frontman explained that the EP had originally been intended for release to coincide with the end of the band's world tour. However, following the events in Paris the project took on ‘an entirely different tone’.

‘The Saint Cecilia EP was put into motion back in October of this year as a celebration of life and music. The concept being that, as our world tour drew to a close this week, we wanted to share our love of both with you in return for everything you have given us,’ wrote Grohl.

‘Now, there is a new, hopeful intention that, even in the smallest way, perhaps these songs can bring a little light into this sometimes dark world. To remind us that music is life, and that hope and healing go hand in hand with song. That much can never be taken away.’

‘To all who were affected by the atrocities in Paris, loved ones and friends, our hearts go out to you and your families. We will return and celebrate life and love with you once again someday with our music. As it should be done.’

Grohl also included the original letter he had written on November 8th, which explained how he had been afraid to look at his upcoming schedule which included making an album, releasing an HBO series and a world tour.

But after breaking his leg on stage in Sweden, “everything changed” for the frontman. “The energy. The atmosphere. THE THRONE,” wrote Grohl. “I was no longer afraid to look at the schedule, I was glued to it. The challenge that we faced from there on out became more of a mission, or a dare, if you will.”

The Saint Cecilia EP is available to download and stream for free though the Foo Fighters’ website. Fans are also encourage to make a donation to the victims of the Paris attacks through a link on the website.