Frank Sinatra Has Returned From The Grave For An Eerie New Dvd/blu-ray Release, In Which He Narrates His Own Life Story. 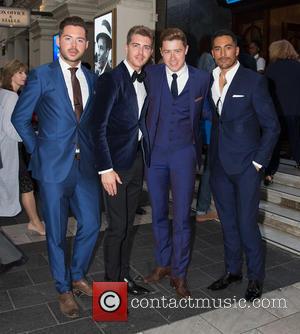 Sinatra: All Or Nothing At All is "the definitive account of the life, music and career" of the late singer, told in his own words through "extensive archive interviews" and commentary from those closest to him.

Director Alex Gibney, the man behind hit documentaries Steve Jobs: The Man in the MAChine, Going Clear: Scientology and the Prison of Belief and Mr. Dynamite: The Rise of James Brown, tells WENN the film's narrative is shaped by Sinatra's song choices for that concert, which he interprets as the singer's "personal guide through his own life".