Frank Turner has revealed he recorded his newest album as if he was making an album for the first time. 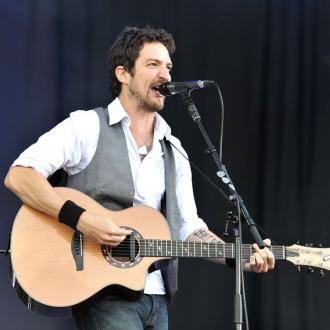 Frank Turner recorded his new album as if it was his debut.

The 33-year-old rocker wanted to capture the excitement of his first record on forthcoming sixth offering 'Positive Songs For Negative People' so recorded it ''as live'' with his band The Sleeping Souls in order to stay ''interesting''.

He said: ''The reason a lot of bands' debut albums are their best is because they are essentially playing their live set in the studio and it's been streamlined by the road.

''When bands come to make their sixth album, they're usually repeating themselves, unless they're a very good band. So the onus was on me to do something more interesting.''

But Frank admitted it took a lot of persuading for his record company to get on board with the idea.

He explained to NME magazine: ''I had quite a difficult job convincing other people that I was not talking out of my a**e or that I hadn't lost my mind.

''I had a couple of sessions booked that I cancelled. It made me unpopular with people I work with, which is fair enough because it was more primadonna-y than I've been before.

''Major labels panic at the idea of recording things quickly. Everyone was a bit nervous about this idea of just going in and recording it like a debut record for an indie band, because it's quite an important record and on a major label. I was like, 'But that's what I want to do.' ''