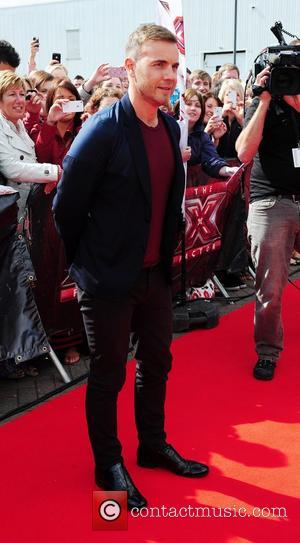 Gary Barlow and the Commonwealth Band have taken the top spot in the UK charts this week, with 'Sing.' The track was written and recorded for the Queen's Diamond Jubilee and was accompanied by a Bbc documentary showing Barlow travelling the continents on the hunt for musicians to perform on the track. It seems that his fellow Take That boys Robbie Williams, Mark Owen, Howard Donald and Jason Orange simply weren't fit for this multi-national task.
The single, which features several performers, including the Military Wives Choir - who enjoyed their own taste of chart success last Christmas - sold over 142,000 copies since last weekend's Jubilee concert. According to a Press Association report, this makes it the biggest selling number one of the year. Gary Barlow told reporters "It's been such a great week, it would take something very special to top it. I'd like to say thanks on behalf of about 200 people, as we've got a massive cast on this record. I love collaborating with other artists and being able to put them all on one stage, the other night was such an honour for me. It's something I'll never forget." Barlow also maintained the top spot in the album chart.
The second biggest selling single of the week was 'Whistle' by Flo Rida, followed in third by 'We Are Young,' by the band Fun, featuring Janelle Monae. In the album charts, Ed Sheeran's album shot to number two, from thirteen.