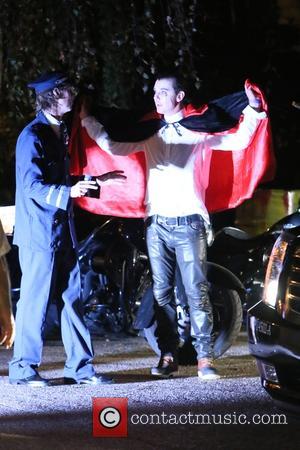 Gender-bending 1980s pop star Marilyn was so heartbroken when his romance with Bush frontman Gavin Rossdale ended 28 years ago, he hasn't dated since.

The Band Aid star, real name Peter Robinson, tells Britain's Daily Mail he has steered clear of romance ever since his great love affair with the then-unknown wannabe ended.

He says, "I cried every day for 10 years. I've not even kissed anyone else since."

Rossdale initially denied the romance when Marilyn's pal Boy George revealed all in his 1995 autobiography, but he has since revealed he did experiment with the singer, who is now sober after battling an addiction to heroin and prescription drugs.

Marilyn insists Rossdale, who is married to Gwen Stefani, was the love of his life. He spiralled out of control following the break-up and spent 20 years living as a recluse, spending his pop fortune on drugs.

He entered rehab in 2010 and has been clean ever since.