Gemma Arterton had to stop key scenes from her new movie 'Song For Marion' ending up on the cutting room floor, according to reports. 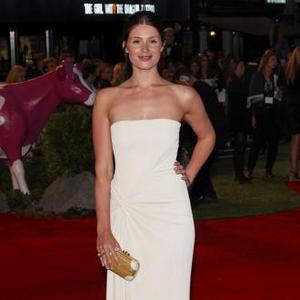 Gemma Arterton had to fight for key scenes to be reinstated in 'Song For Marion'.

The 'Tamara Drewe' actress plays the role of a teacher and choir mistress for the elderly named Elizabeth in the film - also starring Terrence Stamp and Vanessa Redgrave - but according to Daily Mail columnist Baz Bamigboye she had to request her character's back story was kept in after the director wanted to leave it on the cutting room floor.

Christopher Eccleston also stars in the movie, which is directed by Paul Andrew Williams.

It is not due for release until January 2013, but it is expected to be shown at various film festivals throughout the autumn.

Kent-born Gemma initially rose to fame in the first 'St Trinian's' movie in 2007, before landing the brief role of Strawberry Fields in 'Quantum of Solace'.

She has since starred in a string of hit movies including 'Prince of Persia: The Sands of Time' and 'Clash of the Titans'.

Gemma is now filming the part of Rebecca Shafran in 'Runner, Runner', about the world of online gambling.