Gemma Arterton Wants To Be A Bond Girl "Forever" 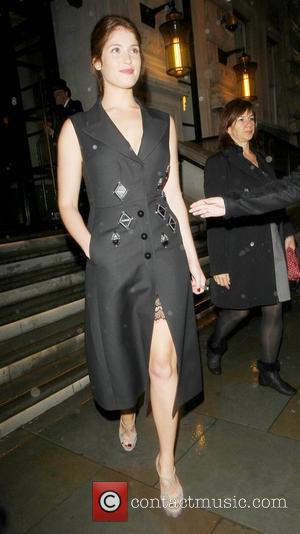 For some people, having a label over your head for the rest of your career would hardly seem like the most appealing thing in the world, however Quantum of Solace star Gemma Arterton has admitted that being labelled a Bond Girl all her life would be something of "an honour."

The 26-year-old Brit actress was speaking to the press at the London Film Festival during the gala screening of her new film Song For Marion when the subject of her time in the last James Bond movie came up. She told the press: ''As long as I'm a girl when I'm 78 as well, I'll be very chuffed about that. I've always seen it as such an honour."

Arterton starred alongside fellow Bond girl Olga Kurylenko in the last Bond outing and in the next Bond film, Skyfall, the famous female roles have been appointed to Bérénice Marlohe and Naomie Harris. Arterton conceded that this year, being the 50th anniversary of the movie franchise, the two actresses may very well have the most enviable roles in the franchise's history.

Away from Bond, in Arterton's new film she plays a choir master who is forced to bond with a grumpy old man, played by Terence Stamp who joins his local choir after his wife (played by Vanessa Redgrave,) is stricken with cancer. The film comes out early next year.