The My Chemical Romance frontman has been working on DC Entertainment imprint Young Animal over the last year, and though he enjoys the work, he admits he stumbles with finding his ''flow'' a lot more than when he's penning new tracks.

He said: ''I find that writing is way harder, writing prose or comics or whatever. Way harder than writing music. Although writing music can be way more brutal. I

Gerard Way is set to release two new songs in aid of Record Store Day 2017, alongside a 32-page comic book.

The former My Chemical Romance singer will release the tracks 'Into The Cave We Wander' and 'Pogi's Cavern' on a 12'' picture disk to mark the annual celebration of independent record stores on Saturday April 22.

Only 5,000 copies of the record will be available worldwide, and will come in a clear vinyl sleeve alongside a ''32-page comic''. Continue reading: A Look Into What My Chemical Romance Members Are Up To Since Their Split 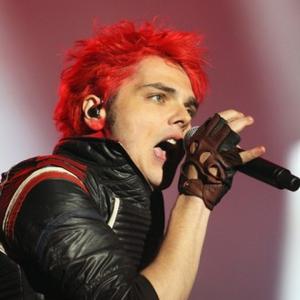