Actress Glenn Close Has Divorced David Shaw After Nearly A Decade Of Marriage. 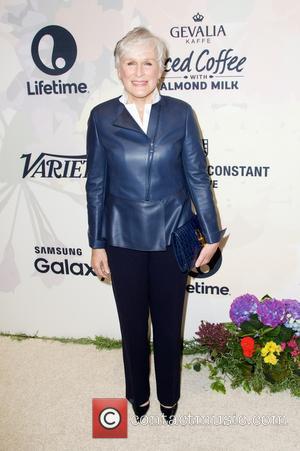 The Fatal Attraction star actress tied the knot with the venture capitalist in February 2006, but the union is now over, a representative has confirmed to People.com.

It is believed the primary reason they decided to separate is down to career matters.

A source tells New York Post gossip column Page Six, "Glenn and David have been telling friends over the summer they are divorcing, and he'll remain living in Maine while Glenn moves back to New York full-time. They've been separated for some time, and things are amicable between them."

Including her most recent split from David, Glenn has now been divorced three times.

Glenn married her first husband Cabot Wade in 1969, with the pair divorcing in 1971. She then walked down the aisle with James Marlas in 1984, calling it quits with him in 1987. The Emmy Award-winning actress has daughter Annie Starke with her former partner John Starke, who she never married.

Glenn has chosen not to speak about personal matters for several years.

In a 2009 interview with Britain's The Guardian newspaper, the star revealed why she won't feed details of her private life to the public.

"But I just don't talk about things that are impossible - that are like a book," she noted. "I just don't think it's important to my work that people know about my life. And I think it's very important in this crazy vociferous celebrity world that I keep me and my family as much out of it as possible."