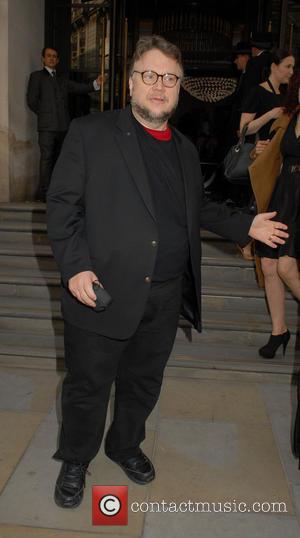 Director Guillermo Del Toro is keen to cast actor Charlie Hunnam in all of his future English-language films after striking up a close friendship with him on the set of their new film Pacific Rim.

The pair first met during casting for 2008's Hellboy 2: The Golden Army, when Hunnam narrowly missed out on a role as one of the royal twins, but the filmmaker reached out to him again as he began putting together the story for the new robot versus monsters epic and they immediately hit it off.

Del Toro has since rehired the Sons of Anarchy star for his next project, horror story Crimson Peak, and Hunnam reveals it won't be the end of their working relationship.

The actor tells Wenn, "He invited me up to his famous man cave, Bleak House (in Los Angeles), and we chatted for a couple of hours. He said, 'Hey, there are these giant f**king robots who kick the a** of the monsters and you're going to be in the brain of the robot. You save the f**king world, do you want to do it?'

"He's a sweetheart to work with. He offered me one of the leads in his next movie (Crimson Peak) so it's developing into a long-standing relationship with a director (to) work with him over and over again. He's certainly expressed a desire for me to be in all his English language movies from now on. He said to me at the end of Pacific Rim, 'Ah, you're in, my friend.'"