Gwen Stefani has returned to work on 'The Voice' USA after announcing her split from Gavin Rossdale, but ''seems sad'' on the set. 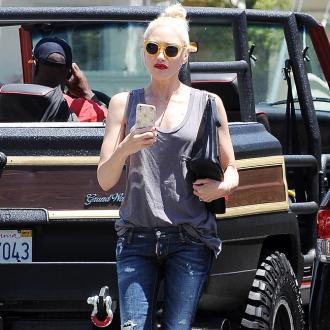 Gwen Stefani has returned to work on 'The Voice' USA after announcing her split from Gavin Rossdale.

The 45-year-old singer, who filed for divorce from the British rocker, 49, last week after 13 years of marriage, attempted to put her personal troubles aside to film the season nine battle rounds for the NBC reality series in Los Angeles on Wednesday (12.08.15).

But a source on the set believes the 'Baby Don't Lie' hitmaker is putting on a brave face in order to remain professional, and added: ''Gwen seems sad.''

The former couple, who have three sons, Kingston, nine, Zuma, six, and Apollo, 17 months, together, are said to have been unhappy for some time.

A source recently said: ''It only looks sudden, but everything was worked out months ago so paperwork could be filed and the marriage could be ended quickly and easily.

''Things were rocky before then but they tried to make the marriage work. But it just couldn't. A lot of the feeling was gone.''

Gwen was joined on the set by fellow newly-single mentor Blake Shelton, who recently split from Miranda Lambert, 31, after four years of marriage.

But the 39-year-old country music star, who was granted a quick divorce last month just hours after confirming their separation, appears to be coping better than her.

The insider told UsMagazine.com: ''Blake, on the other hand, seems to have moved on from Miranda and is just over it. Neither Blake nor Gwen are wearing their rings.''