Gwyneth Paltrow: I Had A Cheating Ex

Gwyneth Paltrow once had a boyfriend who used to cheat on her ''all the time'' and she admits not being happy when she was in her 20s. 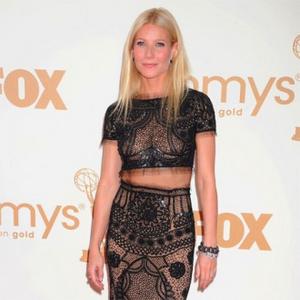 Gwyneth Paltrow once had a boyfriend who used to cheat on her "all the time".

The 39-year-old beauty - who has kids, Apple, seven, and five-year-old Moses with husband Chris Martin - was "not happy" when she was in her 20s, but she put up with her man's stories.

The singer-and-actress - who dated Brad Pitt and Ben Affleck in the 90s - told Harper's Bazaar: "I had a boyfriend who used to cheat on me all the time.

"I was quite naive. I knew on a cellular level, but I bought his story."

Gwyneth - who counts Beyonce Knowles, Madonna and Cameron Diaz among some of her A-list friends - pointed out her and Chris have been faithful to each other, but she made an unnamed reference about one of her most famous celebrity pals.

"She is an actress and in a new relationship with someone else with a big career.

"And I said, 'This may not be feminist, but you have to compromise. It's been All About You and you're a big deal. And if you want what you're saying you want - a family - you have to be a wife, and that is part of the equation. Gloria Steinem may string me up by my toes, but all I can do is my best, and I can do only what works for me and my family.' "