Heidi Klum has ended her relationship with Martin Kirsten after 18 months of dating. 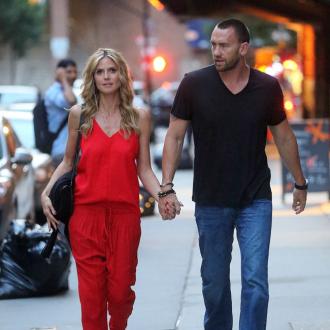 Heidi Klum has split up with Martin Kirsten.

The 40-year-old model reportedly called time on her relationship with her bodyguard, 41 - who she has been dating for 18 months - a few weeks ago.

The couple initially got together shortly after Heidi split from her husband Seal in January 2012 after seven years of marriage.

A source told People.com: ''Martin was there for her during a challenging time in her life and it was something she will always be grateful for.

''Life is about timing. He was incredibly supportive and they were there for each other, but they're moving on now.''

Heidi - who has Lou, four, Henry, eight, and Johan, seven, from her marriage to Seal and Leni, nine, from her relationship with Flavio Briatore - has also cut professional ties with Martin.

When the couple initially got together, Heidi said of Martin: ''He's been helping me for four years now, and he takes wonderful care of the kids. He plays with them, he protects them. I trust him.''

Martin also saved Henry and two nannies from a riptide in Hawaii, which could have drowned them in early 2013.