Hilary Duff insists extremely graphic photographs that purportedly show her naked are fake and has contacted the FBI to investigate them. 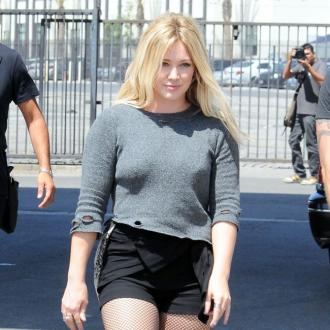 The 26-year-old singer has contacted the FBI over the explicit new images, which were posted online today (05.09.14), and urged them to launch an investigation as she says the woman in the pictures is not her.

A spokesperson for the 'Chasing the Sun' hitmaker, who separated from husband MIKE COMRIE earlier this year, with whom she has a two-year-old son, Luca, said they've examined the alleged images of Hilary and determined they are fake, telling gossip website TMZ.com that the blonde beauty has very ''defining birthmarks'' and recognisable tattoos, including an anchor on the inside of her left ankle, that are not on the woman's body in the new photos.

The former Disney star's lawyers have forwarded links to the photographs to the FBI and she plans to sue anyone who publicly states the pictures are of her.

The refutation comes days after an unidentified hacker stole explicit images and videos of more than 100 celebrities from Apple's iCloud service and published some to photo-sharing website 4chan.

Other celebrities affected by the scandal include Jennifer Lawrence and Kate Upton, who have confirmed the images of them are real, but are warning that they will take legal action against anyone who publishes them.