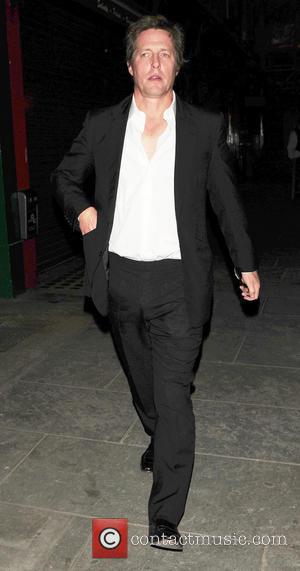 Actor Hugh Grant's crusade to improve standards in the British media is impacting on his movie career - he has forgotten the details of his next film role.

The Notting Hill star is a leading light in the ongoing campaign to clean up the U.K. press and is the public face of lobby group Hacked Off, which is calling for tougher regulations in the aftermath of the phone hacking scandal.

He has been heavily involved in the issue since 2011, when the News of the World was closed down after it emerged a private investigator employed by the tabloid allegedly accessed voicemail messages of crime victims - but Grant's tireless campaigning is taking its toll.

The actor is due to start shooting an as-yet-untitled romantic comedy with Marisa Tomei next month (Apr13), but he is so focused on his media drive he cannot even remember his character's name.

He tells the Bbc, "I'm exhausted. I actually have to go and do a film in three weeks' time. I haven't even begun... I can't even remember what my character is called!... But at least it's interesting. Dealing with real life instead of synthetic life has been fascinating... (It's) riveting."