Idris Elba Was Inspired By Spider-man

Idris Elba has revealed he was inspired to become an actor by watching 'Spider-Man' on the big screen as a child. 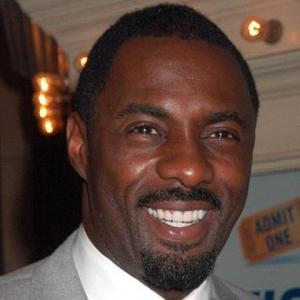 Idris Elba was inspired to become an actor by Spider-Man.

The 39-year-old star - who recently won a Golden Globe award for his performance in TV series 'Luther' - claims he was first inspired to take up the career while he was watching the web-slinging superhero on the big screen.

He said: "When I was still a child. I was raised in Hackney (in East London) and there's a beautiful cinema nearby called the Rio. They used to show kids' matinees and I went with my friends one day when they were showing the TV version of 'Spider-Man'. It was amazing; the entire audience were kids and no one was sitting in their seat, they were climbing all over the place. I remember thinking, 'That's what I want to do. I want to be an actor."

Idris is currently enjoying the most successful period of his career and he has roles in upcoming movies 'Prometheus', 'Thor 2' and 'Pacific Rim'.

And when he isn't working, he enjoys nothing more than cooking with his 10-year-old daughter Isan and then settling down in front of the TV.

In an interview with Britain's HELLO! magazine, he said: "I like to read, watch movies and cook. Cooking is a big one for me. I'm a single father so I spend a lot of time with my daughter, who is 10. She has been introducing me to a whole new world I would otherwise have known nothing about. Right now I'm watching a lot of the Disney Channel with her I love it!"