Skyfall Will Have No Connection To Previous Bond Movies

'Skyfall' ''doesn't connect'' with the last two James Bond movies, 'Quantum of Solace' or 'Casino Royale', and is its ''own story'' entirely, according to director Sam Mendes. 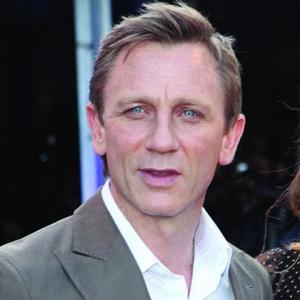 Director Sam Mendes explained the latest instalment in the action franchise - starring Daniel Craig as 007, Dame Judi Dench and Naomie Harris - will not be in any way connected to either 'Quantum of Solace' or 'Casino Royale', and is its "own story" entirely.

Speaking at a press conference in London, where he announced the 23rd Bond film would begin shooting later today (03.11.11), Sam explained: "'Skyfall' is its own story. It doesn't connect with the last two movies."

With the film set to be shot primarily at Pinewood Studios, as well as on location in London, China, Turkey and Scotland, Sam - who is making his James Bond directorial debut with the movie - explained the name 'Skyfall' has an "emotional meaning".

He added: "The Script is fantastic and has all the elements of a Bond movie. There will be lots of action.

"The name 'Skyfall' has some emotional meaning, which will be revealed in the film."

Meanwhile, Daniel Craig - who will portray the secret agent for the third time - admitted he is now "very comfortable" with the character, made famous by the likes of Sir Sean Connery, Pierce Brosnan and Sir Roger Moore.

He said: "I'm very comfortable about playing Bond for a third time. No turning back now!"

In addition, Bond girl Naomie Harris - who will portray a field agent named Eve - confessed she had spent two months in training for the role.

She explained: "I've spent two months training for the rollercoaster that's about to commence."