Fifty Shades of Grey To Release Raunchy, and Not-So-Raunchy Version?

Will Universal release two versions of 'Fifty Shades of Grey'? 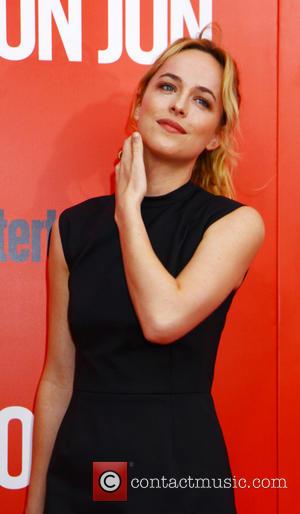 A more explicit version of the Fifty Shades of Grey movie may be released alongside the R-rated cut, according to producer Dana Brunetti.

"It'll be R, obviously it has to be R," he told Collider, "This is just my opinion and this doesn't mean this is going to happen, but I always thought it would be really cool if we released the R version and then we had an NC-17 version that we released a few weeks later."

"So everybody could go and enjoy the R version, and then if they really wanted to see it again and get a little bit more gritty with it then have that NC-17 version out there as well.

"It'd be great for the studio too because they'd get a double dip on the box office.

"What we're kind of hearing from the fans is they want it dirty, they want it as close as possible [to the book]. We want to keep it elevated but also give the fans what they want."

"No matter who we cast, people were gonna be angry about it. And then we obviously had the one that we cast that ultimately didn't work out," said Brunetti.

"We have to meet the ideas of the fans to an extent and make them happy - although you're not gonna make them happy because they're thinking of somebody else in their mind.

"And I always thought it would be better if we went with somebody unknown so then everyone can discover them together, that's where I really think we are now with Jamie and Dakota."

Despite an original promise of August 2014, The Fifty Shades of Grey movie has been pushed back till Valentine's Day 2015 - where it should face little competition.