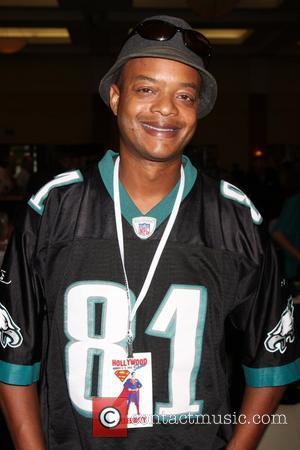 The actor, who played beloved patriarch Phillip Drummond in the hit comedy, passed away in California just weeks before his 90th birthday.

After hearing of his death, Jackson, who starred in the show between 1981 and 1982 before her music career took off, took to Twitter.com to remember the popular actor.

She writes, "I'm saddened to learn of Conrad Bain's passing. He was a joyful (and) pleasant man to work with. My heart goes out to his family and friends."

Meanwhile Bridges, who played Bain's adopted son in the sitcom alongside Gary Coleman, has also spoken about his personal memories of the star, who he saw as a father figure in real life.

He tells The Hollywood Reporter, "This is probably one of the most heart-wrenching days I’ve had in a long time. That Conrad’s not going to be around anymore to talk to. Whenever I needed advice, I’d call Conrad.

"He was a really good man. He really was like Mr. Drummond. Just an all-around nice guy. He treated me better than my own father treated me."

Bridges is now the only surviving member of the sitcom's core cast - Coleman died after falling down a flight of stairs in 2010, while Dana Plato committed suicide in 1999.