Janet Jackson Married With 500 Guests In Tow? Apparently Not, It Seems 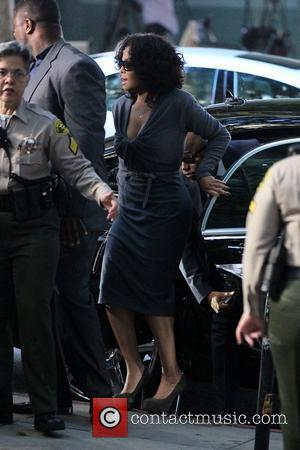 Janet Jackson married her partner Wissam Al Mana in an intimate ceremony last year, the singer has confirmed. Janet’s not one for flaunting her private life in the tabloids so there was a little confusion over whether or not Janet had married and rumours started flying around the internet suggesting that was planning to marry soon, in a lavish ceremony with 500 guests invited.

Deciding to put an end to those rumors, Janet made a surprise statement to ET Online, explaining that she and her new billionaire husband had actually tied the knot quietly last year. It’s a rare thing when a person as famous as Janet Jackson manages to get married without the press catching wind of the news, or an indiscreet wedding guest giving the game away, via Facebook or Twitter. So congratulations on your clandestine wedding, Janet! Possibly the one piece of Jackson family news that hasn’t done the tabloid rounds (although, you can’t expect it to keep it quiet, now that word has got out).

In her statement, Janet said “The rumours regarding an extravagant wedding are simply not true. Last year we were married in a quiet, private, and beautiful ceremony.” In fact, the wedding was so low key that they even stayed away from traditional lavish wedding gifts and suchlike. “Our wedding gifts to one another were contributions to our respective favorite children’s charities. We would appreciate that our privacy is respected and that we are allowed this time for celebration and joy.” She ended the touching statement “With love, Wissam and Janet.” So there you have it: Janet Jackson, Married. Can we call her Mrs Al Mana now?