Jason Aldean's Music Has Been Returned To Spotify A Year After The Country Singer Pulled His Albums From The Service Amid A Dispute Over Pay. 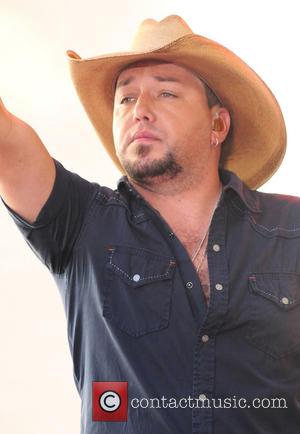 The Big Green Tractor star removed his work from the streaming site in November, 2014, just days after pop sensation Taylor Swift cut ties with Spotify and called out bosses for failing to pay artists enough money.

Jason later explained the reasons behind his decision, insisting he wanted a fairer a deal for producers and songwriters, as well as artists.

"I'm an artist whose career has been built by the songwriters, publishers, producers and engineers that line Music Row in Nashville," he said in a statement. "What they do has value, and I want everyone who is involved in making my music to be paid fairly. This is about trying to do what is right for the people who have given me a great life."

However, Jason has now delighted fans by returning his music to the site, with all six of his albums made available for streaming again on Wednesday (04Nov15).

The singer has yet to comment on the news.

Taylor has not returned her music to Spotify since parting ways with the site last year (14), declaring she did not want to give away her music to fans for free.

"I'm not willing to contribute my life's work to an experiment that I don't feel fairly compensates the writers, producers, artists, and creators of this music. And I just don't agree with perpetuating the perception that music has no value and should be free...

"It didn't feel right to me. I felt like I was saying to my fans, 'If you create music someday, if you create a painting someday, someone can just walk into a museum, take it off the wall, rip off a corner off it, and it's theirs now and they don't have to pay for it.' I didn't like the perception that it was putting forth. And so I decided to change the way I was doing things."