Jason Momoa In Talks For 'Superman Vs Batman' - Are We Looking At A Justice League Movie?

Jason Momoa in talks to star in the 'Superman Vs Batman' movie as Doomsday or Martian Manhunter. 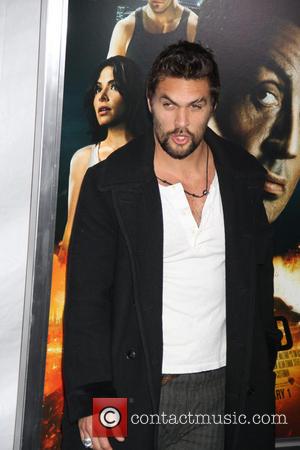 More news from the upcoming 'Superman Vs Batman' movie as Jason Momoa is apparently a definite maybe to join the cast.

The 'Conan the Barbarian' star could be set to star as Martian Manhunter in the upcoming film, which currently has no official title but will serve as a sequel to this year's 'Man Of Steel'. The character is one of the superhero members of the DC comic book team, the Justice League of America so if this suggestion is true, it could throw into question an 'Avengers' style movie given that Wonder Woman will also make an appearance in the movie.

Kryptonian supervillain Doomsday from the Batman franchise is another possibility for Momoa; a character known to be the only supervillain to have ever managed to kill Superman - a storyline that appeared in the 1992 comic 'The Death of Superman'.

The only definite information we do know is that Zack Snyder will return as director in the Warner Bros./DC Entertainment film and, with Henry Cavill back as the Man of Steel himself, Ben Affleck has been confirmed to play Batman and supermodel Gal Godot is set to play Wonder Woman.

The team behind the movie began building the set this week in Yorkville, Illinois. Check out the photos here.

Having previously played the formidable Conan in 2011's 'Conan the Barbarian', Momoa has since had roles in 'Game of Thrones' and action thriller 'Bullet to the Head' which also starred Sylvester Stallone.