Newly-engaged Actress Alison Brie Once Missed Out On The Chance To Romance Her New Movie Co-star Jason Sudeikis After Their Mutual Pal Dan Harmon Tried To Set Them Up On A Date. 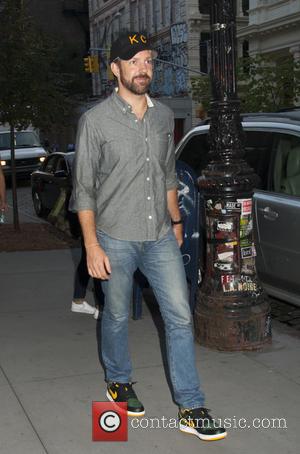 The Mad Men star reveals Harmon, who created Brie's cult comedy show Community, was convinced his leading lady would be perfect for longtime pal Sudeikis - but his matchmaking plans fell apart when he discovered the Horrible Bosses actor was already in a relationship.

Brie, who stars opposite Sudeikis in new romantic comedy Sleeping with Other People, explains, "We never dated but prior to this movie, about four or five years ago, Dan... texted me one day and was just like, 'Would you mind if I set you up with Jason Sudeikis?' and I was like, 'No, that sounds great!' And then 20 minutes later, he's like, 'Oh, never mind, he's seeing someone'."

It's not clear exactly when the blind date was proposed, but Sudeikis began dating another actress, Olivia Wilde, in late 2011. They became engaged in 2013 and welcomed son Otis last year (14).