An Image Which Purportedly Gave Fans The First Glimpse Of Jennifer Aniston's Wedding Dress Has Been Exposed As A Fake. 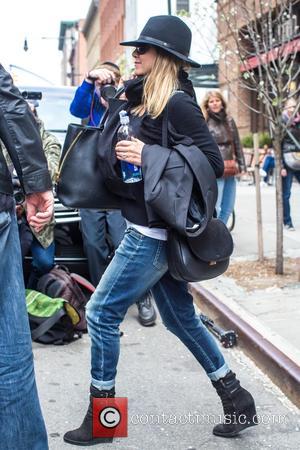 Picture: American actress Jennifer Aniston who rose to fame as Rachel Green in the hit US TV show 'Friends' was spotted out and about wearing a...

The former Friends star wed actor Justin Theroux at their California home on 5 August (15) and the newlyweds later jetted off to Bora Bora in French Polynesia for their honeymoon.

On Sunday (16Aug15), a picture of a woman showing off the back of a long, white wedding gown was posted on a Facebook.com fan page for the actress, prompting speculation it was a leaked image from the couple's big day.

However, it has now been exposed as a fake as the image can be found on a wedding dress retail website with a front view proving the model is not Aniston.