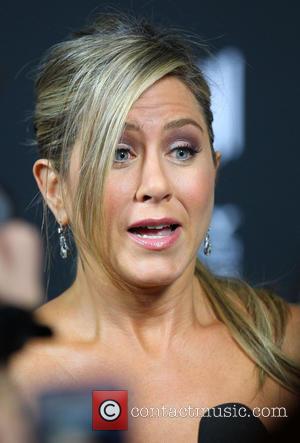 Just like any Hollywood celebrity worth their salt, Jennifer Aniston is using yoga to prepare for her hugely anticipated wedding. The 44-year-old former Friends star said the discipline is something that helps her keep calm, telling E! "Yoga kinda helps you prepare for everything. Honestly, it's like meditation.It just allows anything that is coming at you throughout the day to be kind of doable."

Aniston made the comments as she attended the launch of.wait for it.her yoga instructors Mandy Ingber's new book Yogalosophy: 28 Days To the Ultimate Mind-Body Makeover. The Along Came Polly actress got engaged to screenwriter and actor Justin last August and speculation as to possible nuptials is reaching fever pitch. The couple were recently forced to deny claims they would be tying the knot in Hawaii and have been keeping tight lipped about any planned date, though speculation suggests it could happen this summer.

Aniston was keen to get away from the subject of marriage and onto yoga at Tuesday's bash, saying, "We were a lot rounder [before Yoga]. We ate terribly. We did that, and then we sort of grew up a little bit more and we got jobs." She has previously explained, "Yoga strengthens my muscles and gives me a great sense of peace and calm. It also improves my breathing and centres me.I usually follow yoga with about 40 minutes of cardio - hiking, running or at the gym,' the star said in 2010," according to the UK's Daily Mail.

Some reports this week has suggested Jennifer and Justin were putting their wedding on hold until her ex-husband Brad Pitt marries Angelina Jolie. Jennifer Aniston At The Yoga Book Launch On Tuesday