American Idol's Favorite Judge, Jennifer Lopez May Or May Not Be Returning

Jennifer Lopez may have performed on Idol, but don't take it as a sign that she's back for good. 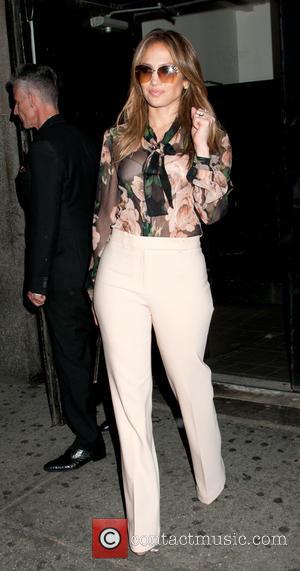 Right after performing at the American Idol finale, Jennifer Lopez gushed about the experience of being back on the Idol stage and a possible return as a judge. The singer sat down with Extra TV to talk about her return of sorts, saying: “It was fun. It was great to see the team there. They were like, ‘We miss you!’ I was like, ‘I miss you, too!’”

Aside from that maybe-sort-of hint, JLo didn’t confirm or deny the rumors that she’s been redrafted as a judge for next season, after falling ratings have led to a complete revamping of the panel. Lopez did talk about some of her numerous other endeavors, though, including purchasing a house in the glitzy New York resort the Hamptons. “It's always been a dream of mine to have a house where my whole family can spend Christmas. And I always want the kids to be close to Marc, who lives here in New York, so it was a natural thing to happen.”'

The recently divorced singer explained that her children have been the first thing on her mind and the deciding factor in her life and career. “They are my first priority, so as long as their good, and I can work and change the world in my own little ways, I’m happy.”

But she is also looking forward to a nice relaxing break from it all in her comfy new retreat. It probably won’t be too long of a break though, since Lopez revealed that she is also in the midst of working with Nuvo TV, an English-speaking channel for Latinos. ““I'm the chief creative officer, so I'm kind of involved in everything creative about the network. Our agenda is to really portray the modern Latino experience on TV.”

It’s obvious the star is thoroughly involved in a number of other projects on top of motherhood, so despite expectations, the American Idol return might not be in the cards. With so many things on her plate, it isn't clear whether JLo will take the Idol gig.