Gru, the Minions and his wonderful girls will return to the cinema this June when the third instalment of the movie is released. Though his personal life is at a peak, Gru's professional life is going through some issues. When he lets the devious troublemaker Balthazar Bratt get away with the theft of a precious jewel, Gru comes under fire from his bosses and ends up getting fired. Now at a low point, Gru turn to his wife, Lucy, and the girls for support but they're unable to solve Gru's problems.

When the former bady finds out that he has a twin brother, the pair are reunited and it appears his brother Dru has everything Gru hasn't. He has wealth, luscious blonde locks, pigs, a huge island home and a devious villain layer underneath his mansion which Dru uses to lure Gru back into a life of crime - unbeknownst to Lucy and the girls.

As Gru starts to remember his bad boy youth, the temptation to become the best supervillain once again becomes too much for Gru to refuse.  Will Gru be able to once again prove to his brother that he's capable of topping the ranks in the supervillain world and outwitting his latest nemesis, former child star Balthazar Bratt - and if he does, will he risk losing his real family who've stuck by him in the past?

It's been some time since Gru embarked on a villainous plot to take over the world; now that his adopted daughters Margo, Edith and Agnes are growing up and he's married to Anti-Villain League agent Lucy Wilde, he's more about being a family man than being a baddie. Of course, that also means that not a lot of money is coming in and so he needs to find financial help soon. Agnes does her best to raise funds with a garage sale and waves goodbye to her beloved unicorn, but ultimately it's the arrival of Gru's wealthier and blonder long-lost brother Dru who provides a light at the end of the tunnel. With his money, they manage to formulate a plan together to take down a criminal diamond thief named Balthazar Bratt - who happens to not be hard to find given that he's a flamboyant former 80s movie star. Meanwhile, the Minions are growing angry that their master no longer wants to pursue evil deeds.

'Still Alice' actress Julianne Moore was seen with her husband Bart Freundlich on the red carpet at the National Board of Review Gala held at Cipriani 42nd Street in New York.

Continue: Video - Julianne Moore And Jessica Chastain Among Stars At National Board Of Review Gala - Part 2

An inventive take on the rom-com genre, this genuinely hilarious film is even more engaging because its characters and premise are unexpectedly honest. It also has a level of realistic unpredictability, as the feisty characters refuse to behave like the people we normally see in the movies. And the story is consistently laugh-out-loud funny even as the plot is essentially very serious.

It centres on struggling stand-up comic Donna (Jenny Slate), whose regular venue is an open-mic bar in Brooklyn where she's offered moral support by her sparky pals Nellie and Joey (Gaby Hoffmann and Gabe Liedman). She may not make much money, but she has a great life. Her boyfriend (Paul Briganti), on the other hand, is tired of being the butt of all of her best jokes. So he dumps her. Donna reacts by having a meltdown on-stage and then getting drunk in another bar with Max (Jake Lacy). He may be a stranger, but he seems like a nice guy, so she takes him home. A few weeks later she discovers that she's pregnant, and her emotionally supportive friends and parents (Polly Draper and Richard Kind) can't help her make the big decisions ahead of her.

This is a film about a young woman finally taking responsibility for her own life, facing up to some difficult responsibilities and moving forward. But since this is a comedy, it's of course not very smooth sailing. Slate plays the role with impeccable comical timing, somehow making the rather pathetic Donna thoroughly likeable. And the actors around her add crisp humour exactly where its needed, providing much more than mere comic relief: each one is an integral element in Donna's journey. One of the most cringe-inducing sequences features the terrific David Cross as a predatory old friend who offers Donna a riotously messy distraction.

Gillian Robespeirre's 'rom-com' tackles abortion when most 'rom-coms' tackle nothing.

In ‘Obvious Child’, Jenny Slate stars as the hilarious yet aspiring comedian Donna Stern, who constantly finds new material to work with just by being a women in her mid-twenties living in America. But life as a stand up comedian is more ‘Louie’ then ‘Seinfield’, and the mundane realities of adult life are just around the corner. Donna loses her job, gets dumped and finds herself impregnated by a man who farted in her face while peeing on the street. All in time for Valentines day. Now she has to realise that the scariest thing about being a grown up isn’t doing everything on your own, but accepting help from others. Pee fart becomes a part of her life.

Continue reading: 'Obvious Child' Is The Quasi Rom-Com You've Been Waiting For [Trailer]

Donna Stern is a comedienne from Brooklyn who has a very unfunny meltdown on stage after finding out that her best friend has been sleeping with her boyfriend. Subsequently, she loses her stage residency and seeks comfort in her supportive parents and the friends she can still trust. In a bid to ease her pain, she makes a brave move to venture out of her home and she eventually meets a handsome man of a similar personality named Max. He is intrigued by her unapologetic honesty and boundless energy but, after their one night stand, Donna finds herself with one more huge problem. She is now pregnant and feeling pretty dead set on having an abortion, but first she has to tell Max; something that proves harder than it sounds when it becomes obvious that he has made her feel happy again. 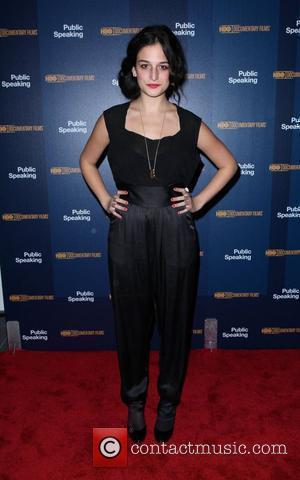