Hollywood actor Jeremy Renner has recalled how he lost his virginity and has admitted he was so concerned about ensuring he had safe sex he took precautions a long time ahead of the act. 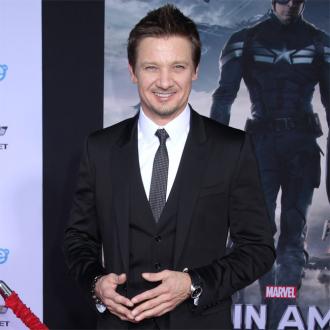 The 'Avengers: Age of Ultron' star lost his virginity when he was a senior at high school and he was so nervous about ensuring he took precautions he decided to get to grips with his condom some time before the act took place.

In an interview with Playboy magazine, he said: ''I was a senior and my girlfriend was a freshman in the same high school. She and her mom would come into the store where I was bagging groceries. They were new in town. We were having a little teenage party at my dad's house - some of my bandmates, my girlfriend's twin sister, some of their friends. It started at five in the afternoon. We had music going, had a couple of beers, and then, cut to midnight. Knowing the opportunity was finally going to present itself, I had put on the condom well before we were actually going to do it. (I did it) like four to six hours (before). I was so nervous, I didn't want to put it on inside out or upside down or anything. It happened on my dad's water bed, where we both sort of passed out. I'm pretty sure it was uneventful for both of us ... It was just this random, uncomfortable thing, and I was so nervous.''

However, Jeremy's romance with the girl was short-lived because once her parents discovered what the two teenagers had done they stopped their daughter from seeing the future Hollywood star anymore.

He added: ''I woke up to her mom calling on the phone. I felt bad that her mom was angry with me - as I think any parent would be. I'd still see them when I was bagging groceries. I'd see her at school, but she certainly wasn't allowed to hang out after school anymore. They kyboshed it very quickly.''

Although he cringes when he recalls how he lost his virginity, Jeremy is grateful to his father for advising him to have safe sex in his own unique way.

He added: ''I remember my dad's sex talk was, 'Son, no glove, no love.' When I was a teenager, he was a single dad, and I'm sure he was kind of prowling around. He opened a drawer. 'Here are the condoms.''