Jessie J says her new pop anthem 'It's My Party' is a message to everyone with a negative outlook on life. 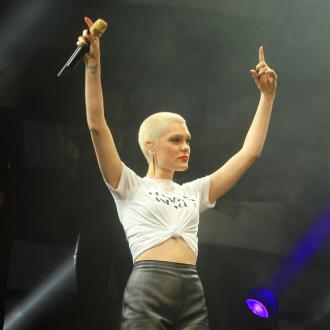 Jessie J's new single was inspired by her ''haters''.

The 25-year-old singer says feel-good pop song 'It's My Party' is dedicated to all the negative people who spend their time criticising her, and she hopes to prove ''being miserable is not the way forward''.

She told InDemand with Alex James: ''A lot of the time the haters - I hate calling them haters but that's the easiest way to sum it up - they need love more so than anyone else.

''There's a reason they have that. I don't think hate does anything for the world. It doesn't do any good. I wanted to make sure I had a song that represented what I'm about.''

The pop star has divided opinion with her no-nonsense attitude and daring style, and although she appears incredibly thick-skinned, she admits the harsh comments can be hard to take.

Jessie sighed: ''It's a lot to stomach. I'm taking a break from Twitter at the moment. I think life is about choices... I think negativity is a choice.

''I'm just trying to make people see that being miserable is not the way forward in life. Everyone should just get on and have a party!''

'It's My Party' is available for download from September 15.