Jessie J felt ''overwhelmed'' after performing a sell-out show at London's The O2 last night (29.10.13), her first of two gigs at the venue. 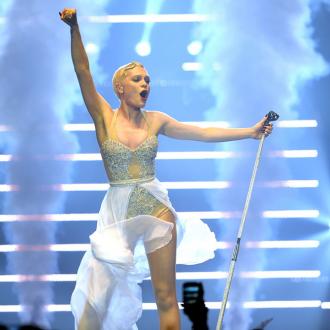 Jessie J felt ''overwhelmed'' after performing a sell-out show at London's The O2.

The 'Price Tag' singer performed for nearly 20,000 concert-goers last night (29.10.13) in the first of two appearances she will make at the venue as part of her 'Alive' tour.

Jessie started off the night with her latest single 'Thunder,' in a bejewelled leotard with a white cape skirt and went on to make four costume changes during the show.

Though there were no guest appearances on stage , Brandy and Big Sean appeared via video for their verses in songs 'Conquer the World' and 'Wild.'

The video screens were also put to good use with positive affirmations such as ''Always love yourself, you deserve it'' projected at intervals throughout the set.

The hit-laden show included Jessie' big singles 'Do It Like A Dude' - which incorporated a Kanye West sample - 'Domino', 'Nobody's Perfect' and 'Who You Are'. Her number one single 'Price Tag' served as the finale to the show.