Jessie Ware has revealed her new single 'Champagne Kisses' came from a song she ''messed up''. 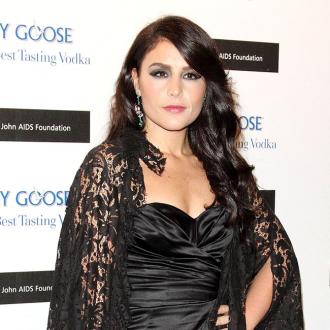 Jessie Ware's new single stemmed from a song she ''messed up''.

The 30-year-old singer is preparing to release 'Champagne Kisses' and though she thinks the song is one of the ''best'' she has recorded, she admits the catchy track wasn't meant to exist.

She said: ''I went in [the studio] with another idea, which I messed up. Sometimes, the best stuff happens when you stop overthinking it.''

Between her touring commitments, Jessie - who married long-term boyfriend Sam Burrows last August - is starting work on her third album but suggested it may not be as melancholic as her previous two records.

She added to Grazia magazine: ''I don't know if I'm going to go full-on Pharrell 'Happy' but I'll have to dig quite deep for those fraught moments because everything is quite nice right now.''

The 'Say You Love Me' singer worked with Ed Sheeran for a track on her last album 'Tough Love' and previously admitted she found it ''scary'' teaming up with the 'Thinking Out Loud' hitmaker.

She said: ''I took more risks [on this album] and it was scary.

''Working with Ed Sheeran on the track 'Say You Love Me' really pushed me vocally as he can do loads of things with his voice. I'd be thinking, 'I'd better sing this well and not embarrass myself.'''