Incredible Burt Wonderstone Premiered at the Opening of SXSW This Week 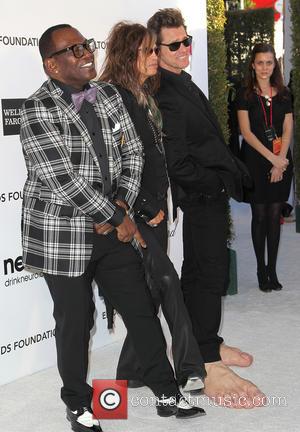 One good thing to come out of SXSW this year (well, depending who you ask, of course), was The Incredible Burt Wonderstone. The Don Scardino-directed flick tells the story of a couple of childhood friends, whose friendship grows based on their shared love of magic, until they eventually grow up to become a world-famous magician duo. If that synopsis isn’t enough, the cast of Burt Wonderstone should certainly impress you – starring Steve Carell and Jim Carrey, the film also features names like Olivia Wilde, Steve Buscemi and James Gandolfini.

Burt Wonderstone premiered to a discerning crowd at the opening day of South By South West and the cast used the huge music, film and technology forum to have some fun. Jim Carrey decided to show up to the premiere in a red jacket and silver shoes in the style of his character. In light of the movie’s release, Carrey also commented on the strange relationship he’s had with magic: "I've always had this weird relationship with magic. I think it's fascinating and yet it annoys me because I can't figure it out." Well, let’s hope he can at least fake it convincingly.

The Incredible Burt Wonderstone hits theatres on March 15. In the mean time, you can catch the film trailer below.