Carey's condemnation of the film has earned an unexpected response. 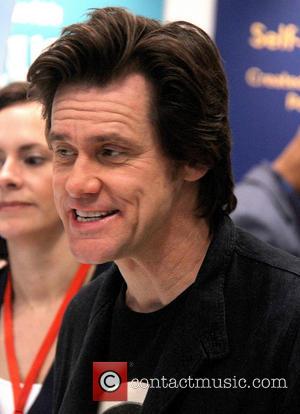 Recently, Jim Carey went on record to condemn the movie Kick-Ass 2, due out later this year, for its use of violence. Carey, who stars in the movie himself, tweeted about his change of heart. “I did Kickass a month b4 Sandy Hook and now in all good conscience I cannot support that level of violence,” the 51-year-old actor tweeted. “I meant to say my apologies to others involve[d] with the film. I am not ashamed of it but recent events have caused a change in my heart.” Carey, like a number of stars, has spoken about gun violence and voiced his support for tighter gun control laws in the US, following the shooting at Sandy Hook Elementary School in December of last year.

In response to Carey’s tweet, Kick-Ass and Kick-Ass 2 executive producer Mark Miller wrote a blog post, in which he didn’t fail to mention his respect and love for the actor, but also disagreed with Carey’s position: “[I'm] baffled by this sudden announcement as nothing seen in this picture wasn’t in the screenplay eighteen months ago. Yes, the body-count is very high, but a movie called Kick-Ass 2 really has to do what it says on the tin. A sequel to the picture that gave us HIT-GIRL was always going to have some blood on the floor and this should have been no shock to a guy who enjoyed the first movie so much… This is fiction and like Tarantino and Peckinpah, Scorcese [sic] and Eastwood, John Boorman, Oliver Stone and Chan-Wook Park, Kick-Ass avoids the usual bloodless body-count of most big summer pictures and focuses instead of the CONSEQUENCES of violence… Our job as storytellers is to entertain and our toolbox can’t be sabotaged by curtailing the use of guns in an action-movie.”

Check out the Kick-Ass 2 trailer to decide for yourself.

That is a fair point. The comments about negative influences from the media began very soon after the shooting last year. Tarantino himself, whom Miller mentions in the blog post, was forced at that time to rebuff numerous accusations of inciting violence with his gore-packed films. Kick-Ass 2 will apparently follow in the violent tradition of the graphic novels, but but its director, Jeff Wadlow, has explained in interviews that the film’s aim is to make the scenes of violence as unsettling as possible, not to glamorize it. With or without Carey’s support, the film will be out in theatres on August 16. Carrey has attempted to distance himself from the film. Carrey is a vocal supporter of gun control in the US.