The 52 year-old comic told the group of graduates that his father getting fired from a "safe job" made him decide to "take a chance on doing what you love." 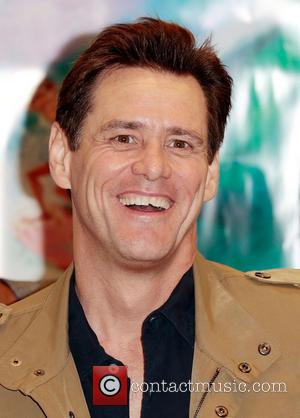 Jim Carrey addressed a group of young adults who were graduating from the Maharishi University of Management in Fairfield, Iowa on Saturday (May 24th).

The comedian showed a quite different side to himself during the commencement speech as he appeared to be very serious.

The 52 year-old decided to share to the young go-getters life lessons he has learned, and offered a bit of advice for them.

"So many of us choose our path out of fear disguised as practicality," he told the gathered graduates," the Transcendental Meditation Blog reports.

"My father could have been a great comedian, but he didn't believe that that was possible for him, and so he made a conservative choice. Instead, he got a safe job as an accountant," Carrey added.

But when the 'Ace Ventura' actor turned 12, his father was fired from that "safe job, and our family had to do whatever we could to survive. I learned many great lessons from my father, not the least of which was that you could fail at what you don't love, so you might as well take a chance on doing what you love."

Carey then revealed to the audience, at 28 years-old he finally realized what his aim in life was, through comedy he could "free people from concern...when I realized this, I dubbed my new devotion 'the church of freedom from concern.'"

He decided to dedicate his life "to that ministry."

MORE: 'The Truman Show' Is Coming To Television, But Will It Find An Audience?

"I've often said that I wish people could realize all their dreams and wealth and fame, so that they could see that it's not where they're gonna find their sense of completion. Like many of you, I was concerned about going out into the world and doing something bigger than myself, until someone smarter than myself made me realize that there is nothing bigger than myself," Carrey added.

At the end of his speech, which the graduates cheered for, the high school dropout received an honorary degree of Doctor of Fine Arts Honoris Causa from the university.